This is a single blog caption

For Embedded Systems, Code is more often than not written in C or C++, however a variety of high-level programming languages, such as Python and JavaScript, are now also in common use to target microcontrollers used in embedded systems. Python can definitely be used at a higher abstraction layer in an Embedded System development. At system level, C and C++ may continue to stand out.

Usually, Python scripts can put the system into different states, set configurations, and test all sorts of real-world use cases. Python can also be used to receive embedded system data that can be stored for analysis. Programmers can then use Python to develop parameters and other methods of analysing that data. Test engineers can accelerate their workflow by automating their test plans. Python, integrated with other programming languages, helps test engineers began to automate their tests more quickly.

Python has industrial-grade strength because its design always favours one right way to get a job done. Development can scale thanks to meaningful syntax, good structure, modularity, and a rich ecosystem of tools and packages. Command line versatility enables it to fit into any tool or workflow. On the flip side, Python’s major downside is its overall performance. As an interpreted language, Python will always be slower than a compiled language like C and C++.

AUTOMATE YOUR TESTS WITH PYTHON

While testing an embedded device software, especially from a Subsystem level to Functional level Testing test automation helps us to increase the efficiency of the testing process and to maximize test coverage.

Test automation not only improves the quality of testing and but also makes it several times faster and accelerates sequential testing by automatically running through an entire set of tests. This whole process reduces the manual intervention, time taken and also reduces the cost involved.

On the fast lane to quality

Save time, reduce costs and make your software developers happier

Telemotive Test Automation (TTA) is an open and user-friendly software framework for the fast and flexible creation of test cases. Test automation is already indispensable in the automotive industry, and an increasing number of other industries are switching from manual to automated testing. Current and future features are growing in complexity. Most OEM- and supplier-specific test solutions require a complex set of highly sophisticated and often divergent hardware and software tools. This leads to higher licensing and maintenance costs and a loss of synergies between projects. 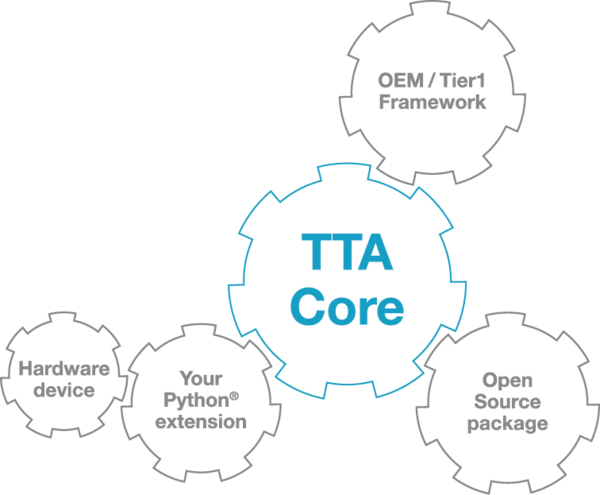 Telemotive Test Automation is a dedicated automation tool that enables flexible adaptation to any hardware or software. Based on Python 3, the tool enables the developers to use open source packages and to benefit from an elaborate reporting with clear visualization. Pre-assembled units, sample code and easy-to-apply test case implementations enable a straightforward learning process for new users as well as accelerated development cycles. We continuously improve Telemotive Test Automation at the pulse of the market and offer customized solutions for individual requirements.

Telemotive Test Automation (TTA) is the software framework, which combines all the knowledge, experience and lessons learned from dealing with the most diverse test automation frameworks used by Tier1 suppliers and OEMs in the automotive industry. The goal of TTA is to provide a comprehensive solution that renders test automation as simple and flexible as possible for its user. 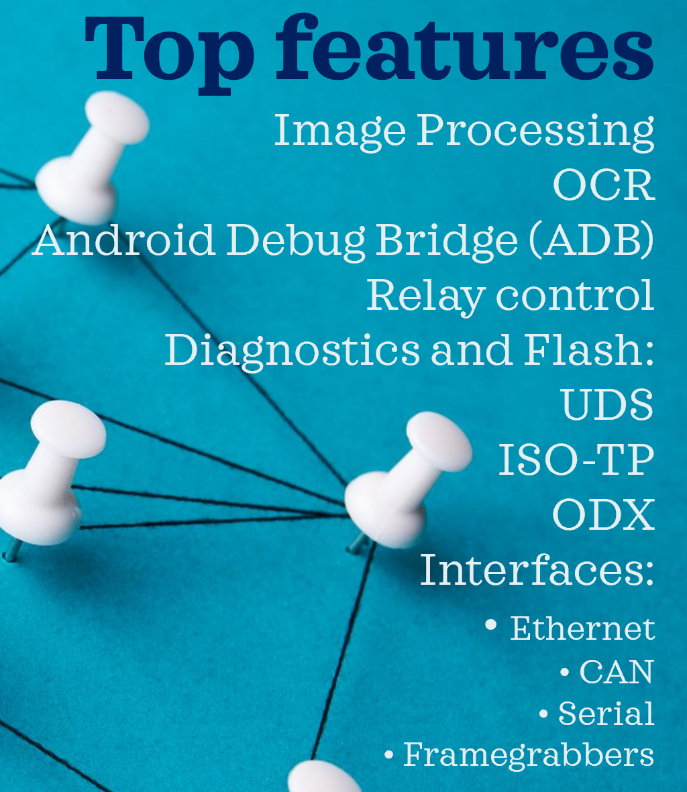 With very little effort, TTA can be adapted to existing software frameworks, hardware or restbus simulations as needed, and can control those as well. However, Telemotive Test Automation can be used to develop new test settings and concepts effectively and efficiently from scratch. Innovative features and an intelligent structure make the framework a convincing overall concept for the future of testing.

For reporting, a web-based test management tool is used, which provides a known environment for both the testers/developers and the test managers. The latter must communicate the results to the OEM and analyze bugs that might be found in the current prototype. The scalability and accessibility of the used test management tool are other advantages, which make it the preferred choice.

Test automation helps companies remain competitive by accelerating product development cycles. It is essential for test teams and engineers to know how to code, and to know the best options available today for automated test development.

Many companies are turning to languages such as Python to simplify script writing. Python brings a variety of benefits. It is easy to learn, open source, and backed by powerful libraries. Its shortcomings can be overcome by integrating Python with compilers that offer faster runtime execution and more robust driver development environments, such as C and C++.

Test engineers must learn a programming language to embrace automation. Teams should look for a unified test platform with access to many programming language integrations to maximize their ability to automate and accelerate testing throughout the design and manufacturing cycles.

Today it is commonly known that there is a crucial need for test automation within the software industry, since the amount of data to be processed is steadily growing, there exist various possibilities on how to process that data and the increasing amount of interfaces exceed the capabilities of manual testing. Thus, more and more companies start to integrate automated test management into their strategy.